Engaging in high or medium levels of physical activity was associated with slower rates of cognitive decline in people with high or low levels of tau, compared to those with little physical activity. Led by researchers from the Rush University Medical Center, the findings were published in JAMA Network Open on Aug. 11. The researchers noted that measuring levels of tau, a protein that is a hallmark of Alzheimer’s disease, in the blood could help identify people who might benefit from early intervention to slow cognitive decline. 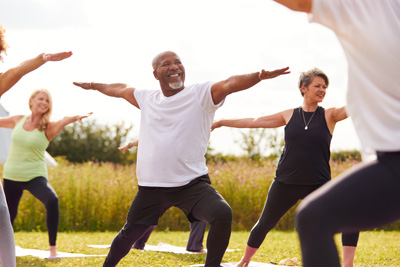 A team of researchers used data from 1,159 older adults who took part in a large study called the Chicago Health and Aging Project (CHAP) between 1993 and 2012. CHAP researchers assessed cognitive function using various tests, asked participants about their physical activity, and collected blood samples from the participants, who did not have Alzheimer’s at the start of the study. In 2019, researchers measured tau concentrations in the blood samples, which had been frozen, and compared rates of cognitive decline among people with high and low tau concentrations and high, medium, and low physical activity levels.

The findings suggest that measuring proteins — such as tau — in the blood could help identify people who would benefit from increased physical activity or other behavior changes that could help slow cognitive decline. Measuring such proteins could also help future studies measure the benefits of behavior changes in people who are at higher risk of Alzheimer’s.